You have to be very early
to be on time

Sean Byrnes shares what it is like to be a trend-setter, how to navigate your business when you launch way before the market’s ready, how to go about the first customer acquisition strategy and how to find a perfect product-market fit.

Listen to Sean Byrnes sharing how he he built the Flurry company, found a perfect product-market fit, and set up a winning customer acquisition strategy.

Sean Byrnes is the founder of Flurry and Outlier.ai, two industry-defining startups that changed the course of mobile development and data privacy as we knew them. He is also an executive coach, a technology enthusiast, and an investor looking for his big next step. 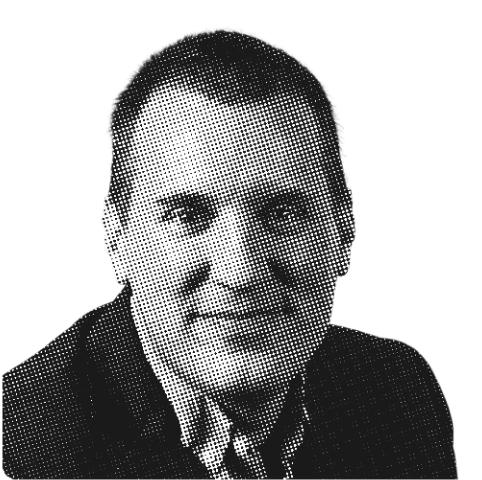 ANDREW VASYLYK SPEAKS WITH SEAN BYRNES, THE FIRST CEO OF FLURRY, ABOUT HOW HE:

A paradigm shift that altered the world of mobile

Sean Byrnes entered the world of mobile back when the dinosaurs still walked the earth the most state-of-the-art phone was a Motorolla Razr flip-phone. Back then, an idea of installing an app outside of AT&T or Verizon was bold at best, as every app had to go through them. AT&T and Verizon dominated the market, and thus, not that many developers dared to create native apps because it was a costly affair. However, Flurry founders saw an opportunity and ended up establishing a new groundbreaking way to download apps, which was back then called “direct-to-consumer mobile.” They were pioneers of the industry and ahead of their time by leaps and bounds.

This approach brought about a paradigm shift, although, frankly, not exactly the way they had expected it.

What does a paradigm shift mean? In their case, the Flurry company originally targeted consumers in the US, aiming to tempt them with the convenience their product would bring. Sean Byrnes and other Flurry founders thought that consumers in the US would enjoy an opportunity to check their email from a mobile device. But in 2005, the US market wasn’t quite ready for it yet.

Luckily (and unexpectedly) this innovation got a great deal of public attention in the developing countries. With Internet that was both expensive and hard to find, they enjoyed the idea of being able not to search for Internet cafes but rather checking their email from a mobile device.

Flurry founders state that their approach and software got viral and caused a paradigm shift in the mobile world they knew back then.

Sean Byrnes shares that they realized that they had found their perfect product-market fit once they stopped promoting their software but people kept on coming anyway.

He remembers, “In the initial days, I would jump on a developer forum and answer questions and recommend Flurry as a solution. And when people started to promote Flurry without me being involved in the conversation that’s when you understand that it’s really started taking off.”

Data privacy is a sore point for many mobile consumers that feel that their every step is being watched. That is why in the recent years new restrictive laws to protect the rights of consumers to privacy are coming into play.

Sean Byrnes believes that the companies’ greedy and dangerous decisions to collect as much data from consumers as possible can backfire and destroy them, as we’ve already seen in multiple examples.

Moreover, he believes that the future is in the hands of companies that are designed to be personal information free. These companies aim to collect as little information about the user as possible, and therefore, comply with even the most restrictive privacy laws that come their way.

How to make a startup exit happen: The acquisitions factor

Many startup founders wonder what they can do to make an acquisition happen.

However, Sean Byrnes believes that it is often out of their hands. It is very unlikely that a buyer will come at the time when you’re ready to sell. Moreover, the buyer might not be willing to pay for your company as much as you think it is worth. Besides, it is also very difficult to persuade all of the stakeholders to agree on an exit when the offer comes in. Since the investors are expecting 20x ROI, and all the team players want to get as many benefits from the acquisition as possible, the chances of all agreeing to the offer are slim.

That is why, he recommends focusing on what lies within your control – building value and a healthy business. This way, when the right buyer comes along and the stars align, you’ll be able to take advantage of that opportunity.

How to build the first customer acquisition strategy

In case of Flurry, the initial team would go directly to the developers offering to give their software a try.

Sean Byrnes adds, “I would jump on a developer forum and answer questions and recommend Flurry as a solution.” They got a good deal of first customers with this approach, and soon those they invited started to promote and recommend the solution to their network. That’s when Flurry really took off.

Wrap up
Listen to a new episode of Startup Exits with Sean Byrnes, as he shares what it is like to be a trend-setter, how to build the first customer acquisition strategy, what the future of data privacy holds, and how to find a perfect product-market fit.
Share with

founder of Yodle and Opcity