One man's loss is another man's profit

Listen to Tim Jenkins, one of Sendgrid's founders, sharing about remote work, getting the product fit right, being rejected by a major startup accelerator, and their way to a 3-billion-dollar acquisition

Listen to Tim Jenkins of Sendgrid sharing about how they came up with a 3-billion-dollar idea, got rejected by YCombinator, and hit the perfect product fit.

Tim Jenkins is a founder and ex-CTO of SendGrid, world’s largest email delivery platform that sends as many emails per day as Twitter generates Tweets. SendGrid IPO’d in 2017 and was acquired by Twilio for $3 billion dollars in 2019. 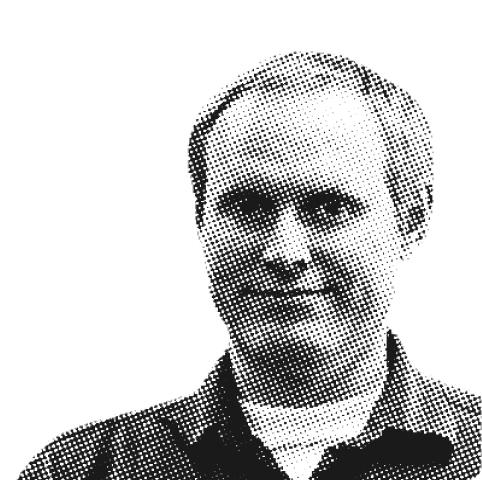 ANDREW VASYLYK SPEAKS WITH TIM JENKINS, THE FIRST CTO OF SENDGRID, ABOUT HOW THEY:

Sendgrid founders had their first “Eureka” moment on the launch day. It doesn’t happen that often, but for them, it was crystal clear: they hit a perfect product-market fit.

Tim shares how that night “…TechCrunch article hit about our company existing – and we spent the night provisioning accounts and taking support chats and, basically, working. The need that the industry had at the time that we launched was so big that it was really overwhelming.”

Because they built a product to solve a problem they knew too well, they understood the target audience’s pain and needs. And thus, building a product and envisioning what the end user expects was easier and, therefore, faster.

To sell or not to sell - that is the question

In the early days (circa March 2010), Sendgrid faced a tough decision – to sell the company or to accept an investment.

Tim Jenkins, then CTO of Sendgrid, says that their first desire was to take the money and run. However, Mark Solon of Highway 12 Ventures convinced them to keep the company and choose the investment instead. He reminded them of how much potential the idea behind Sendgrid had and encouraged them not to sell it just yet.

Many innovative startups face this tough choice in the early days of their existence. And there’s no one-size-fits-all solution here. So, what worked out for Sendgrid might not necessarily work out for another tech company. But this episode shows how important it is to seek counsel and not make any rush decisions. By not accepting a tempting $10M offer right away, Sendgrid made their $3B acquisition possible.

How to build a successful hybrid working environment

As Sendgrid grew, added more people, and opened offices in new countries, the need for a well-structured and thought-through hybrid working environment arose. So, the company decided to have a biannual meetup (referred to as “Kiko: Kick Ass, Kick-Off”) where everybody got together to try and actually mingle and build meaningful relationships within the company. As Tim points out, these gatherings helped bring the team closer together and smooth out communication.

Besides these meetups, they intentionally formed their corporate culture around the four Hs – Humble, Hungry, Happy, and Honest. It all started with the founders of Sendgrid, who then passed this approach to the rest of the team.

Tim adds, “It’s something that you have to necessarily embody, and then, I think, you can lead the charge. And so, it would be very tough for some place that had a “win at all costs approach” to go and say, “well, we’re going to do four Hs now.”

The future of email

In short, there’s still a future for email communication. Sure, people use emails less now for personal communication, with social media filling the void for fast and seamless on-the-go communication.

But according to Tim Jenkins, the future of email is now brighter than ever, thanks to the growth of online shopping and an increased volume of transactional emails businesses and consumers exchange daily. So, hold on to your hats: great new things are coming!

Wrap up
Listen to this powerful Startup Exits Podcast episode with Tim Jenkins, CTO of Sendgrid, looking back at how they were rejected by YCombinator (and why that was a good thing), found their perfect product-market fit, and built one of the best workplaces to work at.
Share with